The Indian Health Service provides care to American Indians and Alaska Natives through a system of health care facilities. We looked at health care coverage at IHS facilities from 2013 to 2018.

Federal facility data showed that the proportion of patients with insurance grew from 64% to 78% from fiscal years 2013 through 2018. Facilities in states that expanded access to Medicaid saw the largest increases. 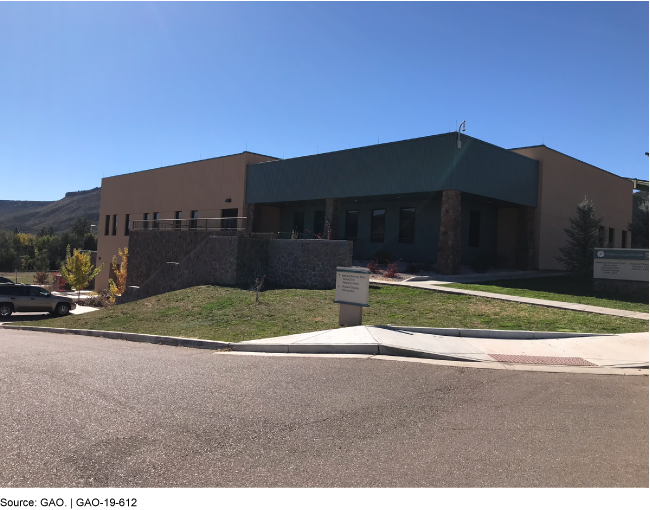 Building with signs against blue sky

GAO's analysis of Indian Health Service (IHS) data shows that from fiscal years 2013 through 2018, the percent of patients at federally operated IHS hospitals and health centers that reported having health insurance coverage increased an average of 14 percentage points. While all federally operated IHS facilities reported coverage increases, the magnitude of these changes differed by facility, with those located in states that expanded access to Medicaid experiencing the largest increases. Federally operated IHS facilities' third-party collections—that is, payments for enrollees' medical care from public programs such as Medicaid and Medicare, or from private insurers—totaled $1.07 billion in fiscal year 2018, increasing 51 percent from fiscal year 2013. Although exact figures were not available, tribally operated facilities, which include hospitals and health centers not run by IHS, also experienced increases in coverage and collections over this period, according to officials from selected facilities and national tribal organizations.

Note: Data represent patients' self-reported coverage information at each of the 73 federally operated IHS hospitals and health centers, averaged across the facilities, and do not reflect coverage through the Department of Veterans Affairs.

Increases in health insurance coverage and third-party collections helped federally operated and tribally operated facilities continue their operations and expand the services offered, according to officials from 17 selected facilities. These officials told GAO that their facilities have been increasingly relying on third-party collections to pay for ongoing operations including staff payroll and facility maintenance. Officials at most facilities with increases in third-party collections also stated that they expanded their onsite services, including increasing the volume or scope of services offered by, for example, adding new providers or purchasing medical equipment. Increased coverage and collections also allowed for an expansion in the complexity of services provided offsite through the Purchased/Referred Care (PRC) program, which enables patients to obtain needed care from private providers if the patients meet certain requirements and funding is available. According to IHS and facility officials, increases in coverage have allowed some patients to access care offsite using their coverage, and an expansion of onsite services has reduced the need for some patients to access PRC. Officials GAO interviewed from federally operated and tribally operated facilities stated that facilities' expansion of onsite and offsite services has led to enhancements in patients' access to care in some instances.

GAO provided a draft of this report to the Secretary of Health and Human Services for comment. The Department did not have any comments on the draft report.