American Indians and Alaska Natives serve in the military at a higher rate than members of other racial groups, but are more likely to lack health insurance or have a related disability.

Some of these veterans are eligible to receive health care from both VA and the Indian Health Service, so these agencies agreed in 2010 to coordinate and share resources. VA also agreed to reimburse IHS and certain tribes providing direct care to these veterans.

We found that VA's reimbursements increased by 74% between FYs 2014-2018. We also found that VA and IHS could more effectively collaborate and measure program performance. We recommended they do so. 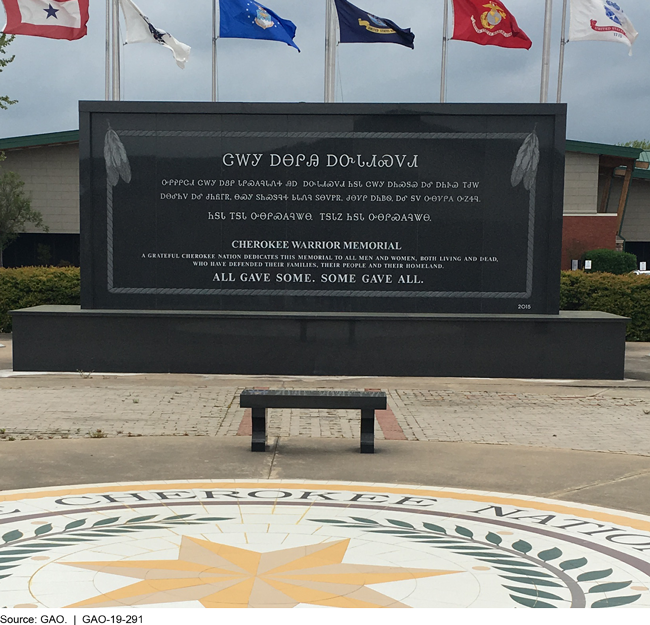 The Department of Veterans Affairs (VA) and the Department of Health and Human Services' (HHS) Indian Health Service (IHS) established a memorandum of understanding (MOU) to improve the health status of American Indian and Alaska Native (AI/AN) veterans through coordination and resource sharing among VA, IHS, and tribes. Since GAO's last report on the topic in 2014, VA and IHS have continued to jointly oversee the implementation of their MOU—for example, through joint workgroups and quarterly meetings and reports—but they lack sufficient measures for assessing progress towards MOU goals. Specifically, while the agencies established 15 performance measures, they did not establish targets against which performance could be measured. For example, while the number of shared VA-IHS trainings and webinars is a performance measure, there is no target for the number of shared trainings VA and IHS plan to complete each year. GAO's work on best practices for measuring program performance has found that measures should have quantifiable targets to help assess whether goals and objectives were achieved by comparing projected performance and actual results. VA and IHS officials said they are currently in the process of revising the MOU and updating the performance measures used. However, officials have not indicated that any revised measures will include targets.

aFacilities have 12 months from the date of service to file claims for VA reimbursement. Therefore, fiscal year 2018 totals could increase. The fiscal year 2018 data were current as of Sept. 30, 2018.

The VA, IHS, and tribal facility officials GAO spoke with described several key challenges related to coordinating care for AI/AN veterans. For example, facilities reported conflicting information about the process for referring AI/AN veterans from IHS or tribal facilities to VA, and VA headquarters officials confirmed that there is no national policy or guide on this topic. One of the leading collaboration practices identified by GAO is to have written guidance and agreements to document how agencies will collaborate. Without a written policy or guidance about how referrals from IHS and tribal facilities to VA facilities should be managed, the agencies cannot ensure that VA, IHS, and tribal facilities have a consistent understanding of the options available for referrals of AI/AN veterans to VA specialty care. This could result in an AI/AN veteran receiving, and the federal government paying for, duplicative tests if the veteran is reassessed by VA primary care before being referred to specialty care.

A 2010 MOU set mutual goals for VA and IHS collaboration and coordination related to serving AI/AN veterans. Under this MOU, VA has established reimbursement agreements with IHS and tribal health programs to pay for care provided to AI/AN veterans. In 2013 and 2014, GAO issued two reports on VA and IHS implementation and oversight of the MOU.

GAO was asked to provide updated information related to the agencies' MOU oversight. This report examines (1) VA and IHS oversight of MOU implementation since 2014, (2) the use of reimbursement agreements to pay for AI/AN veterans' care since 2014, and (3) key issues identified by selected VA, IHS, and tribal health program facilities related to coordinating AI/AN veterans' care.

To conduct this work, GAO reviewed VA and IHS documents, reports, and reimbursement data from 2014 through 2018. GAO interviewed VA and IHS officials at the headquarters level, and officials at 15 VA, IHS, and tribal facilities in four states—Alaska, New Mexico, North Carolina, and Oklahoma—selected based on factors including the number of reported AI/AN veterans served, and geographic diversity. GAO also interviewed organizations representing tribes and tribal health programs.

GAO is making three recommendations—one each to VA and IHS to establish measurable targets for performance measures and one to VA to establish written guidance for referring AI/AN veterans to VA facilities for specialty care. VA and HHS concurred with these recommendations.