Federal reports on Native American youth found challenges—such as poverty and exposure to violence—that can make them susceptible to being arrested, charged, or sentenced in the justice system.

This testimony includes a discussion of our findings: 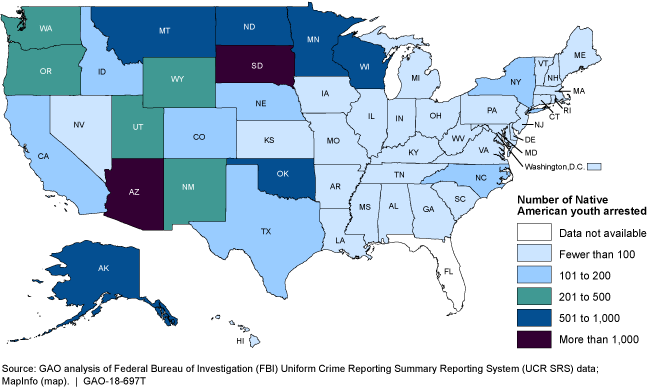 Note: Both data sources use the race category “American Indian or Alaskan Native” but define it differently. Race information is based on various methods including self-identification and documentation. Federal data include youth in federal custody after a federal arrest and may not capture all arrests by federal law enforcement agencies.