Four HHS agencies had key roles in the federal COVID-19 response. Our prior reports noted shortcomings to that response, including possible political interference.

Some characteristics of an agency's structure may affect how insulated it is from potential political interference, including

How many political appointees it has

Whether it has active advisory committees with experts to guide decisions

These characteristics varied by agency—e.g., 3 of them gained more political appointees over time. Ex-agency heads suggested that structural reforms may better insulate agencies from political interference. 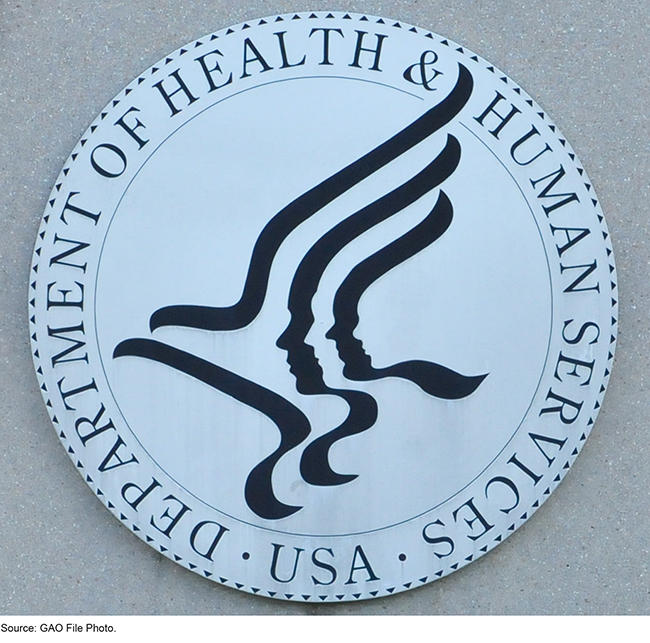 The Sourcebook of United States Executive Agencies describes over 60 structural characteristics or features related to an agency's organization or design. These features can affect an agency's degree of autonomy from political influences and help insulate it from political interference. These characteristics include: 10 that describe general information about an agency (e.g., whether it is established in statute); 35 that relate to an agency's leadership structure and personnel (e.g., the number of political appointees serving); eight that insulate agency policy (e.g., whether it has self-funding authority); and 11 other key structural features of an agency (e.g., whether it has advisory committees established).

Selected Department of Health and Human Services (HHS) agencies—Centers for Disease Control and Prevention (CDC), Food and Drug Administration (FDA), National Institutes of Health (NIH), and Administration for Strategic Preparedness and Response (ASPR)—have several of these structural characteristics in place. For example:

However, the selected HHS agencies do not have many of the structural characteristics that can help insulate them from political interference compared to independent agencies, such as the Federal Reserve, because they are located in an executive department. For example, the selected agencies have few, if any, characteristics that can limit the President's influence over agency leaders and policy, such as limits on the retention of agency leaders.

In addition, all four selected HHS agencies each have between two and five political appointees serving in key senior leadership and policy positions, which can increase presidential control over agencies. Moreover, the number of political appointees at CDC, FDA, and ASPR has increased at least twofold from 2016 through 2020.

Multiple senior agency officials highlighted how the government-wide coordination required in response to an emergency like the COVID-19 pandemic can create more opportunity for potential political interference. Experts and former agency heads have identified structural reforms that may improve insulation of selected HHS agencies against political interference in future public health emergencies. These structural reform ideas include converting FDA into an independent agency; making the CDC director a Senate-confirmed position; and reducing the number of political appointees at the selected agencies.

HHS agencies—including CDC, FDA, NIH, and ASPR—have been at the forefront of the federal government's response to the COVID-19 pandemic since the President declared it a national emergency on March 13, 2020. Recent reports from GAO and others have identified shortcomings in this response, including allegations of political interference.

GAO provided a draft of this report to HHS for review. The agency provided written and technical comments on the draft, both of which we incorporated as appropriate.