Antibiotic- and antifungal-resistant infections pose a serious public health issue. Yet there may not be a sufficient number of drugs in development to meet this threat.

The Food and Drug Administration can use its "limited population pathway process" to approve antibacterial and antifungal drugs for rare, serious or life-threatening infections. It doesn't change FDA's approval process, but does offer tools to help FDA accept greater risk and uncertainty when approving such drugs with potential benefits to treat resistant infections.

FDA has approved 2 drugs this way since 2016, including one that treats highly drug-resistant tuberculosis. 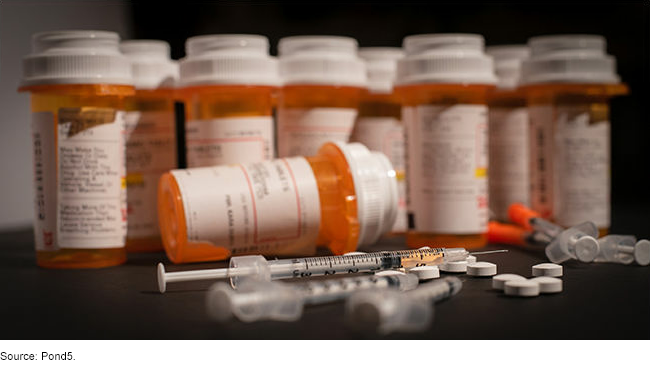 Antibacterial and antifungal infections resistant to available drugs are a serious public health challenge. However, the number of drugs under development may be insufficient to meet this threat, in part because developers face economic and other challenges in developing drugs for these conditions, many of which are still relatively rare. The Food and Drug Administration (FDA) may use a certain pathway—known as the limited population pathway for antibacterial and antifungal drugs (LPAD)—to approve drugs intended to treat serious or life-threatening infections that affect a limited group of patients and are not adequately addressed by available therapy. LPAD does not fundamentally change FDA's drug approval process, but it does provide tools that can help the agency accept greater risk and uncertainty when deciding to approve a drug for these otherwise difficult to treat infections, according to FDA officials. As a result, officials say FDA may approve a drug for a limited population because of the potential benefits for these patients, despite risks that would be unacceptable if the drug was intended to treat a broader population.

GAO's review of FDA documentation shows that since LPAD was established in 2016, drug developers have formally requested approval under LPAD for four drugs, two of which were approved:

Two Drugs Approved under the Limited Population Pathway for Antibacterial and Antifungal Drugs (LPAD), as of June 2021

Source: Food and Drug Administration and Centers for Disease Control and Prevention. | GAO-22-105042

FDA and stakeholders agreed that LPAD's effect on the drug pipeline could be limited because the pathway does not address the economic challenges facing the development of these products. For example, according to stakeholders, given the limited market for such drugs, sales revenue can be insufficient to cover development costs, making it difficult for companies to survive in the antibacterial and antifungal drug market. In March 2020, GAO reported on similar challenges and recommended that the Department of Health and Human Services (HHS) develop a strategy to further incentivize the development of new treatments for antibiotic-resistant infections, including the use of post-market financial incentives, which could include rewards for market entry or reimbursement reform. HHS did not concur with this recommendation, and as of June 2021, the agency indicated that it was still examining the issue and this recommendation had not been implemented.

The 21st Century Cures Act includes a provision for GAO to review and report on FDA's LPAD activities. This report describes (1) the extent to which LPAD changes FDA's drug approval process, (2) the extent to which drug developers have sought to use LPAD for drugs under development, and (3) stakeholders' and FDA's views on the effectiveness of LPAD in benefiting the development and approval of antibacterial and antifungal drugs.

HHS provided technical comments on a draft of this report, which GAO incorporated as appropriate.